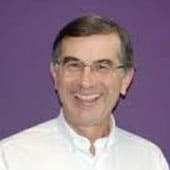 John was the Founder Director of CAF Venturesome, the Charities Aid Foundation's pioneering social investment fund (2001 - 2011). He chaired the Association of Charitable Foundations from 2010 to 2014, was a non-executive director of Big Society Capital until July 2015 and was a Senior Adviser at Social Finance until September 2015. Earlier in his career, he was a Director of Save the Children UK and before that worked for 3i Group plc. He is a Trustee of HelpAge International and Chair of ReConnections Ltd, a project working to reduce loneliness in older people in Worcestershire. 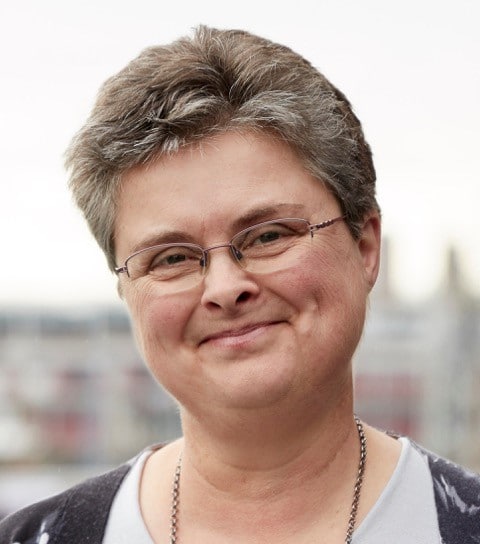 Sue specialises in working with charities and social enterprises and is passionate about the difference these organisations can make, both in local communities and in society as a whole. Her business skills and knowledge come from a career in banking. For the past 18 years she has worked with charities and social enterprises for Triodos Bank UK and as CEO of a similar regulated finance organisation in New Zealand. Returning to the UK she set up a new social investment programme for an endowed charitable foundation. Sue is based in Bristol and works as a consultant and non-executive director.

Sue is a member of Access's Audit, Risk and Compliance Committee and Programme Development Group. 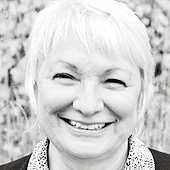 Ann retired in 2013, after 12 years at Key Fund, 8 of those as Chief Executive. Previous to that, Ann spent time in resource management and administration including periods in manufacturing, agriculture, HM Services and education.  She was a director of the CDFA for 6 years and has spent time as a school governor. Ann supported the DoH £100m+ Social Enterprise Investment Fund from inception in 2007 to 2017.  The Fund invested in a wide range of health and social care areas. Previous to and after retirement Ann supported the £60m Responsible Finance Regional Growth Fund programme supporting business growth, firstly as a member of its external investment panel and latterly as the panel’s liaison with delivery partners. Across 2015/2016 Ann acted as a liaison between Responsible Finance, social investors and private sector supporters developing an on line fast, fair and flexible personal credit product.

Ann is a member of Access's Audit and Risk Committee. 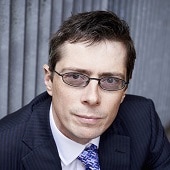 Martin Rich is the Co-founder and Executive Director of Future-Fit Foundation, a non-profit focused on creating a truly sustainable future. Before this he spent seven years as Sales Director of Social Finance Limited where he focused primarily on developing the investor base for social impact investments and also served as a member of the Asset Allocation Working Group for the G7 Social Investment Task Force. Martin previously spent over 12 years in international investment banking working on structured finance products for UBS, JPMorgan and HSBC. He has a passion for sustainable development and poverty relief and is engaged in a range of trustee, investment committee and advisory roles, including as a member of the Social Investment Business Assets and Liabilities Committee, helping to oversee the investments of the Futurebuilders and Modernisation funds.

Martin is the Chair of Access's Endowment Investment Committee. 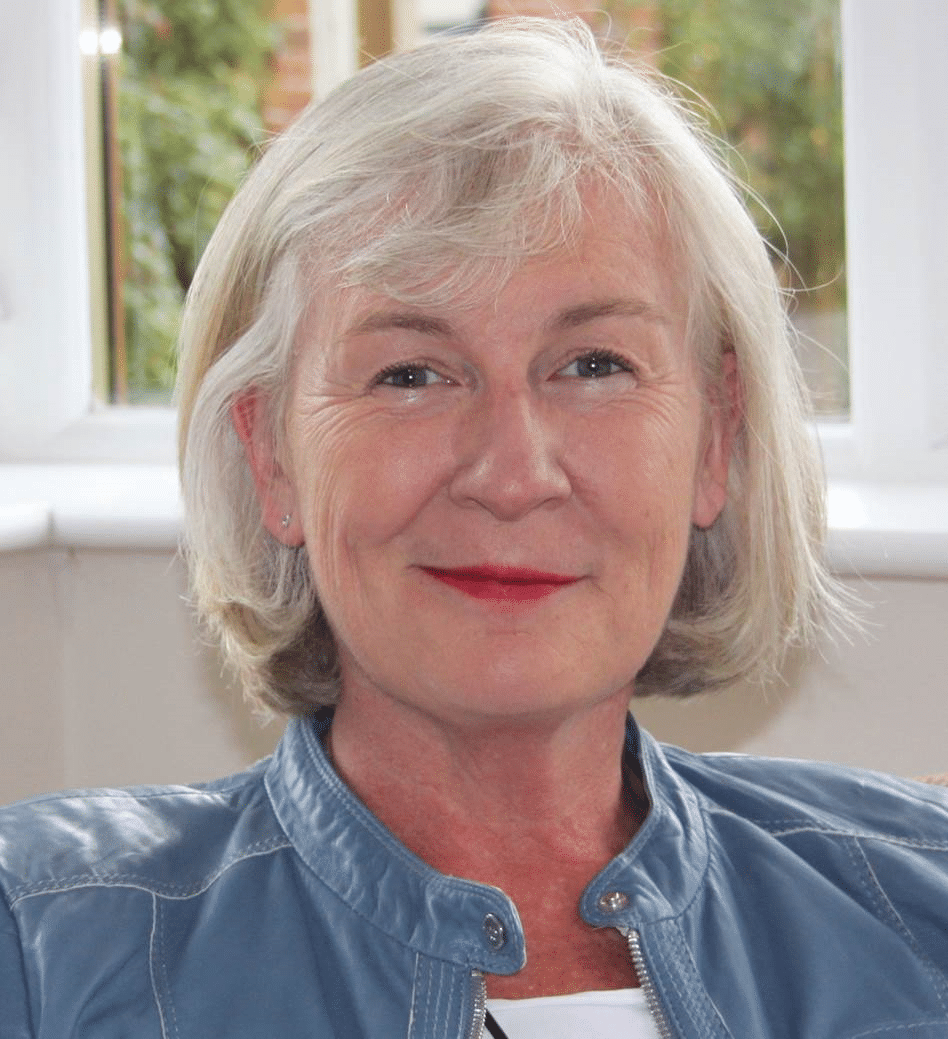 Annika Small is Co-Founder and Director of CAST, a non-profit focused on accelerating the use of technology to drive social change. Age UK, Breast Cancer Care, Safe Lives, Centrepoint, National Childbirth Trust and Parkinsons UK are among the charities working with CAST to improve their service delivery. Prior to CAST, Annika was founding CEO of Nominet Trust which, under her leadership, invested more than £25m in early-stage ventures that deploy technology for social innovation. Before this, Annika founded Generation Global which is now operational in more than 25 countries, using technology to bring together young people from different cultures to learn directly with, from and about each other. Previously Annika was CEO of Futurelab, which develops radically new approaches to teaching and learning using technology. Annika is a Trustee of the Design Council, a Trustee of Founders4Schools and a Non-Executive Director of Lightful. Annika brings to Access her first-hand experience of supporting early-stage social ventures to develop and grow as well as a strong track record in social innovation.

Annika is Chair of Access's Audit and Risk Committee. 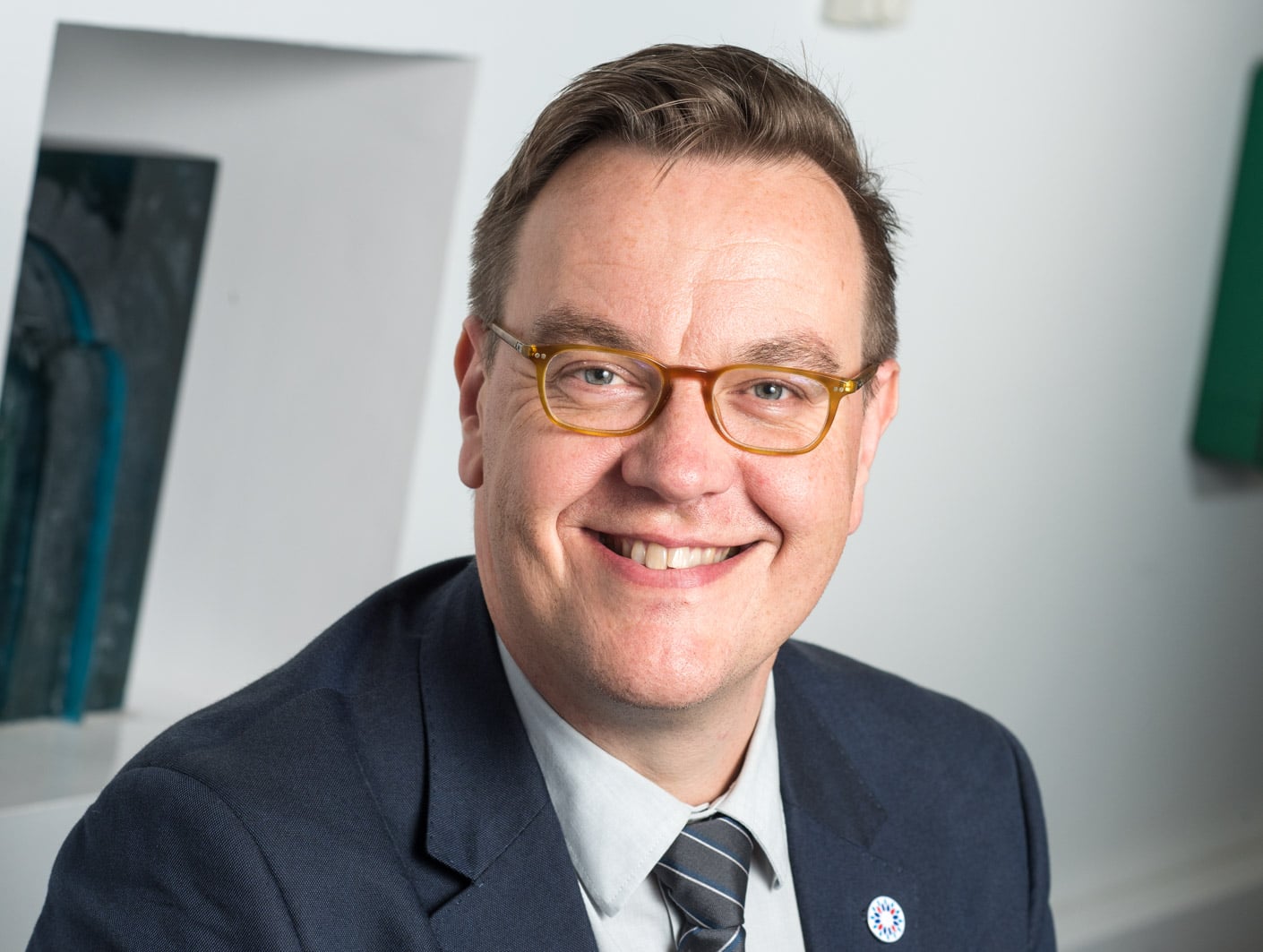 Rob is Chief Executive of the Community Foundation Tyne & Wear and Northumberland, where he drives a long-term strategy to grow endowment and increase funding to benefit communities. The Foundation awards grants of around £8m a year to local charities through funds set up by individual philanthropists, business donors and partner organisations. Rob plays a leading role in philanthropy and social investment in North East England and nationally, and has particular expertise in governance, charitable giving and voluntary sector research.

Rob was for six years Director of Policy and Communications and later Acting CEO at Northern Rock Foundation. His early career was in frontline charities for homeless and vulnerable people. He then went on to senior roles in urban regeneration and local government. Rob is a fellow of the RSA, and he speaks and writes regularly about issues in charity, philanthropy and funding. He is a member of the advisory committee for BBC Charity Appeals and sits on the Court of Newcastle University, whose steering committee he chairs. Rob is also a trustee of Northumberland-based performing arts group, November Club.

Rob is a member of Access's Programme Development Group 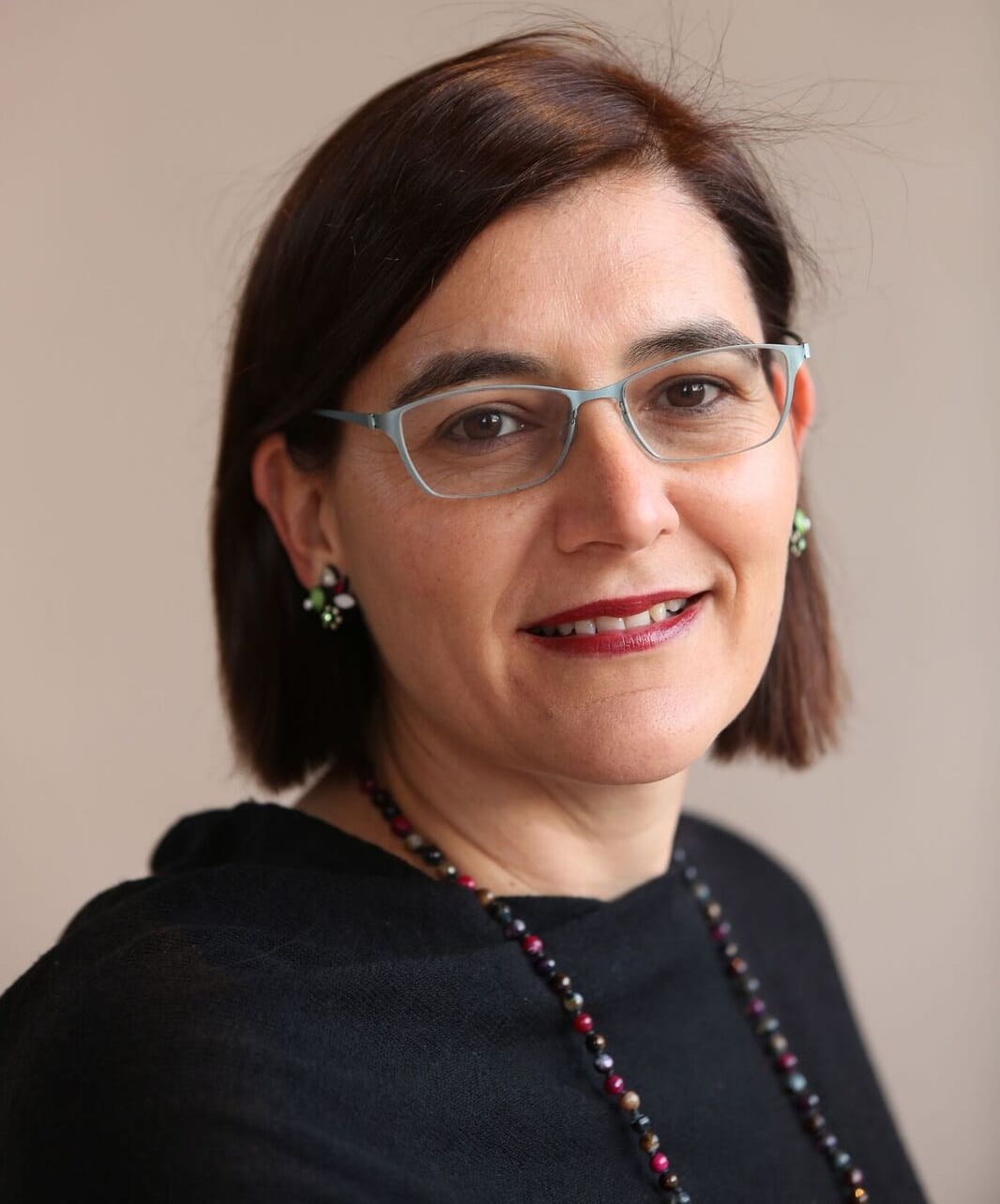 Kate is an established board contributor and strategic leader with a social impact focus. This has been honed by 25 years of operational and board roles in international development, philanthropy, urban development, education and youth employment.  Kate co-founded Bateleur Partners in 2018, a boutique consultancy that specialises in helping impact organisations work smarter.

In her varied career, Kate worked for Bain & Company, the Nelson Mandela Government in South Africa and the World Bank Group before building a leading education foundation, the Moshal Scholarship Program. Kate is a currently a London-based trustee of BRAC and the Evening Standard Dispossessed Fund. Her goal is to help social impact organisations articulate, measure and achieve meaningful results, enduring partnerships and more sustainable funding in challenging environments.

Kate is a member of the Audit, Risk and Compliance Committee. 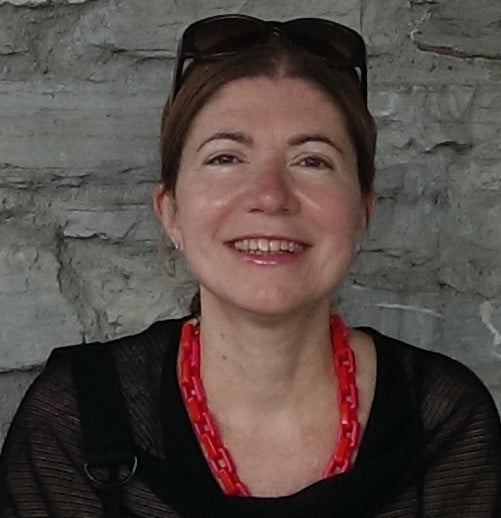 Heather has many years experience in the design, delivery and financing of cultural places and healthy spaces for local communities. Heather previously served as Design Advisor for the Queen Elizabeth Park in East London, including the transition of Olympic Games venues into public/private local enterprises. Following the economic crisis of 2008 and subsequent decommissioning of UK development agencies in 2010, Heather worked within a consortium of executives alongside the DCMS, DCLG and CABE to help grant funded regional charities move to social enterprise and CIC business models.  As Strategic Project Director for the Tower of London from 2013 to 2019, Heather shaped a long term plan to make this World Heritage site more accessible to diverse audiences through public engagement. Heather currently serves as CEO for the Thames Estuary Partnership (TEP), hosted by University College London. TEP is a consortium of public and private agencies that operate on the river Thames and UK coast line, working on a long term programme to address climate change and improve the standard of living for coastal communities. Heather also serves as a non executive director and independent advisor focussing on preserving heritage skills, data technology and project finance.

Heather is a member of the Access Audit, Risk and Compliance Committee.

Seb has been Chief Executive of the Access Foundation since May 2015, overseeing a team of seven.

Prior to joining Access, Seb was Deputy Chief Executive at the Social Investment Business, a leading social investment intermediary, where he led on developing a range of programmes helping charities and social enterprises access social investment, and bringing new investors into the social investment market.

Seb was previously Director of Strategy at ACEVO, and he started his career as a student executive officer at Leeds University Union.

Seb was appointed to the Council of the University of Leeds in August 2016, and was a trustee of Kings College London Students Union from 2011 to 2015. 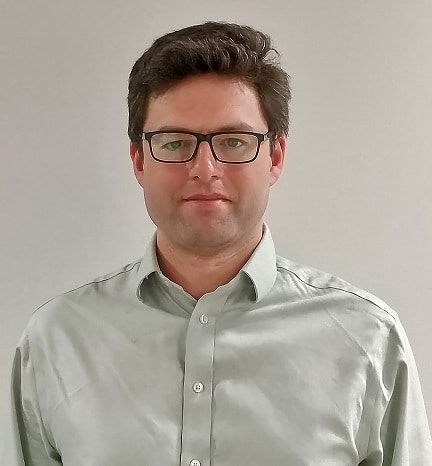 Chris Coghlan is Director of Finance & Operations at Access.

Chris has almost a decades experience in the charity sector as founder of Grow Movement, a UK charity which has improved the lives of 50,000 people in sub-Saharan Africa by training micro-entrepreneurs over mobile phone. Chris qualified as Chartered Accountant with Deloitte before working in emerging market investment management. Chris holds a Masters in Finance from London Business School and a Masters in Public Administration from Harvard. Chris also served as a diplomat with the Foreign Office. 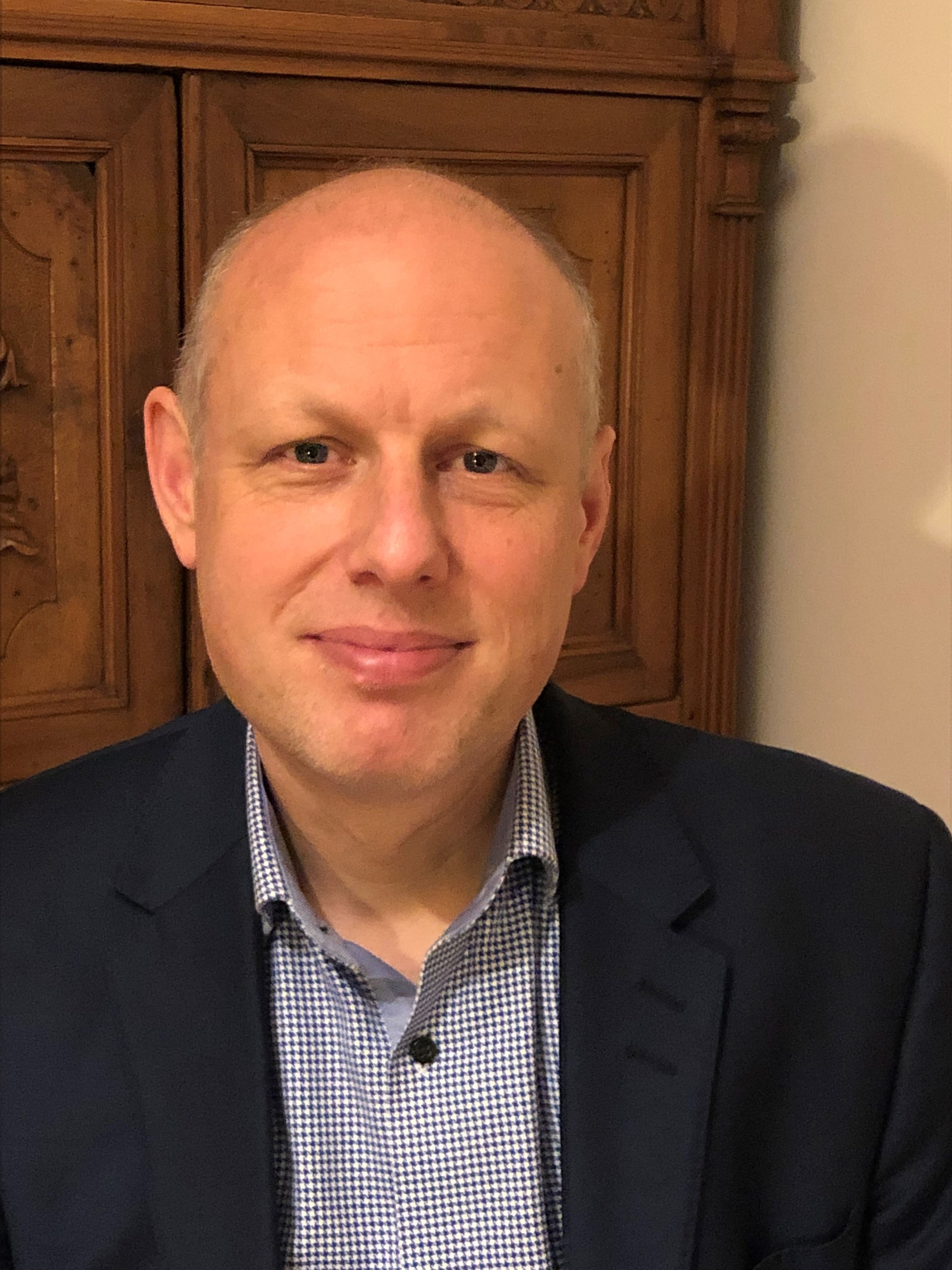 Neil’s background is in Community Enterprise, combining 8 years running a Community Development Trust in Sheffield, followed by 12 years working for the national network body Locality where he advised and supported frontline organisations and developed national programmes of enterprise support.  His most recent role with Locality was as Director of Services, overseeing all national grant and support programmes and managing the nationwide development and consultancy team.

Neil left Locality early in 2017 and completed various freelance assignments for organisations such as Lankelly Chase, Power to Change, UK Community Foundations and Key Fund, before joining Access in September 2018.

Sarah joined Access in 2019 as the new Director of Learning – tasked with supporting Access to learn from its Programmes; listen to the needs of the sector and embed learning with and through its partners.

Sarah joins us from Mencap, the national learning disability charity, where she headed up the Research & Impact team. She has been working in the not for profit sector for 15 years – spanning mental health; sustainability; disability; housing & homelessness and community development sectors – across charities; consultancies and think tanks. Her specialism lies in evaluation and impact measurement.

Sarah has a degree in Economic Geography from Cambridge University.

Helena is a Programme Manager at Access, managing relationships with social investment funds within the Growth Fund portfolio. Helena also works alongside Access’s partners on initiatives including the Reach Fund and Good Finance as part of our enterprise development work.

Helena joined Access in May 2016 as Finance, Operations and Communications Officer, before moving into the Programme Manager role in April 2018. Prior to joining Access, Helena worked for a small autism charity in London and also spent time teaching in China. Helena holds an AAT Diploma in Accounting. 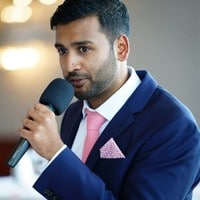 Andy is a Programme Manager at Access, managing relationships with various social investment funds within the Growth Programme portfolio. In addition, Andy works alongside partners on the Impact Management Programme & Connect Fund, as part of the enterprise development work.

Andy is a qualified chartered accountant with a background in risk management, working at an investment bank in the UK for five years. Prior to joining Access, Andy worked for an NGO in Uganda providing business consultancy support for SMEs, as well as spending some time teaching in Sri Lanka. 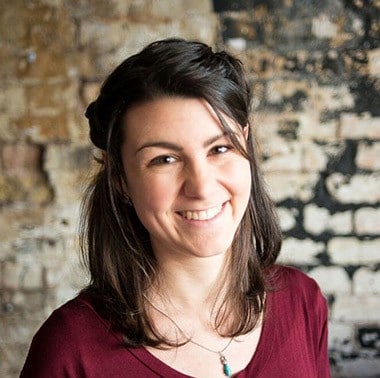 Julia has a background in community development, social enterprise support, facilitation and systemic programme design. She is passionate about understanding how societal structures are mirrored in everyday experiences and spotting opportunities to shape current systems from the ground up. 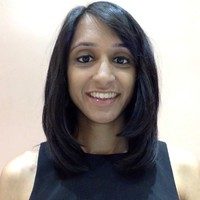 Hetal is the Finance, Operations and Communications Officer at Access, providing staff and governance support for the Access team. Hetal also manages the organisation’s online and social media presence including managing Access’s website and newsletters, and assists on a range of financial duties.

Prior to joining Access, Hetal worked for a think tank, the RSA in their economics and enterprise team and as a customer service advisor at Liberty, as well as spending time teaching in India. Hetal has a degree in Philosophy, Politics and Economics from Oxford University.